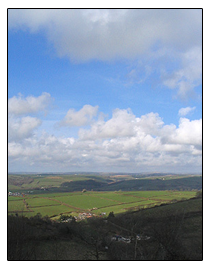 Situated in the south west of Britain, Exmoor National Park contains an amazing variety of landscapes within its 267 square miles. A unique landscape of moorland, woodland, valleys and farmland, shaped by people and nature over thousands of years. Where high cliffs plunge into the Bristol Channel, and cosy pubs and tearooms offer delicious local produce.

Exmoor receives approximately 1.4 million visitor days per year. Many come to walk on the moors or along waymarked paths such as the Coleridge Way. Attractions on the coast include the cliff railway, which connects Lynton to neighbouring Lynmouth, where the East and West Lyn River meet. Woody Bay, a few miles west of Lynton, is home to the Lynton & Barnstaple Railway, a narrow gauge railway which connected the twin towns of Lynton and Lynmouth to Barnstaple. 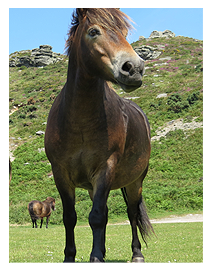 Several areas of the moor have been declared a Site of Special Scientific interest due to the flora and fauna, which have some legal protection from development, damage, and neglect. In 1993 Exmoor was designated as an Environmentally Sensitive Area.

The attractions of Exmoor include 208 scheduled ancient monuments, 16 conservation areas, and other open access land as designated by the Countryside and Rights of Way Act 2000.