As with most at the moment we are having rising numbers with positive cases of Covid which continues to give us difficulties.

Due to this my main aim is to keep the fire appliances at Bideford fully crewed for operational duties which we are doing with all personnel going above and beyond giving additional time for their community.

We now have 20 firefighters at Bideford with a new female recruit just starting her basic fitness and online examinations.

We have attended many incidents over the past six months including road traffic collisions, river rescues and fires. Some of these incidents have involved people with Covid so some of these are drawn out due to safety and involve vigorous decontamination on our part to ensure the virus is not brought back to station and all our kit and equipment is sterile ready for the next job.

We are still providing drivers with additional skills to assist the ambulance service crews due to their ever increasing demand.

There are currently no high level Fire Safety Enforcement Action taking place on any businesses in the Bideford area.

Home Fire Safety Checks for the elderly and vulnerable continue at a steady pace offering safety at home advice and providing items such as smoke detectors where necessary.

The fire service is running a cooking campaign for the over 65s providing vulnerable households with cooking timers and safety advice. This will be delivered through local events and through the media.

Since I last did a report, Dcc has set its budget for the next financial year 2022/23.  This was the most difficult budget since 2009.   The council only gets a 12month settlement from central government, which makes planning difficult, and they do not know how much the settlement will be the following year 2023/24.

The council has various statutory duties, and, as I have told you before, there are ever increasing demands on the services for children and vulnerable adults of working age.   Consequently, 76%of the budget will be spent on 3% of the population that is the vulnerable children and adults of working age. Money has been taken from reserves to support vulnerable adults and the council is in talks with central government to get some funds back towards the overspend on children with special needs and disabilities.

Because the budget is very tight, Councillor’s locality grants have been cut by £2000 for the next financial year.  I would suggest that the groups e.g. sports clubs ask me for any money in May, when I get my locality budget. I think it will be quickly spent.

Dcc is currently in the process of divesting a “small” amount of Russian linked investments from the Pension fund.    It is about £200m (0.01%) out of a £5 billion budget.

I have recently attended Childrens Scrutiny.   DCC  has to prepare for refugees from Ukraine. At the time of writing, we do not know how many children will be settled in Devon, or how many will be unaccompanied and needing foster homes or care placements.

I have also attended Health and Adult Care scrutiny, where I was able to raise the subject of our Link centre in Bideford.  Because of Covid, and the need for risk assessments regarding number of attendees, the drop in sessions have not restarted.  I have been pushing for them to restart at the earliest possible moment and am currently having meetings with DCC and the Devon Partnership Trust.  I am hopeful that the drop-in sessions can resume after Easter.  The link centre building in Gunstone Street is having is being refurbished in May, with new windows being installed, so we are looking to provide an alternative venue in the town centre.  The link centre is a vital mental health resource for the town, and it will be good to see it fully open again.

As I write, at the next Dcc cabinet meeting there is an item to appoint a local contractor to do the work of refurbishing the Arts building and turning it into a shared space for Learn devon and Bideford Library.

I am happy to answer any questions that you may have. Routine matters such as potholes, blocked drains and gullies, overgrown vegetation, streetlights etc can be reported direct to Devon County Council.

This can be done online, by googling Devon County Council report a problem.  A page will come up with icons. . e.g. potholes.  Click on the icon and follow the simple instructions.   You will receive an automatic response with a tracking number. 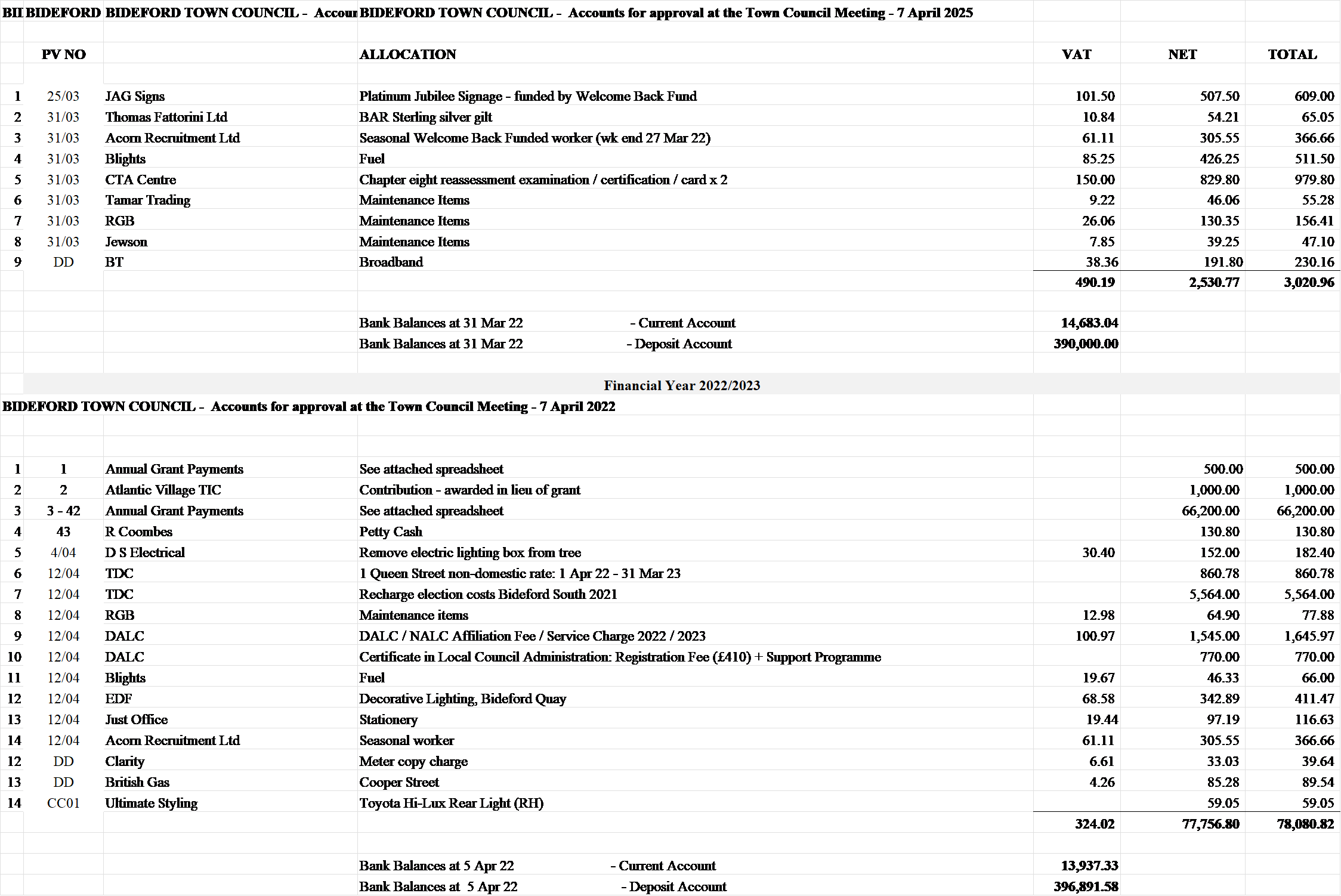