There is an outstanding variety of marine habitats and wildlife, and a large number of rare and unusual species in the waters around Lundy, including some species of seaweed, branching sponges, sea fans and cup corals. 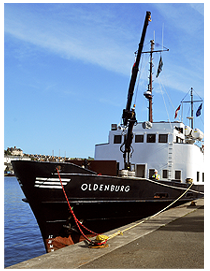 As of 2007, there was a resident population of 28 people, including volunteers. These include a warden, island manager, and farmer, as well as bar and house-keeping staff. Most live in and around the village at the south of the island. Most visitors are day-trippers, although there are 23 holiday properties and a camp site for staying visitors, mostly also around the south of the island. In a 2005 opinion poll of Radio Times readers, Lundy was named as Britain's tenth greatest natural wonder. The entire island has been designated as a Site of Special Scientific Interest and it was England's first statutory Marine Nature Reserve, because of its unique flora and fauna. It is managed by the Landmark Trust on behalf of the National Trust.