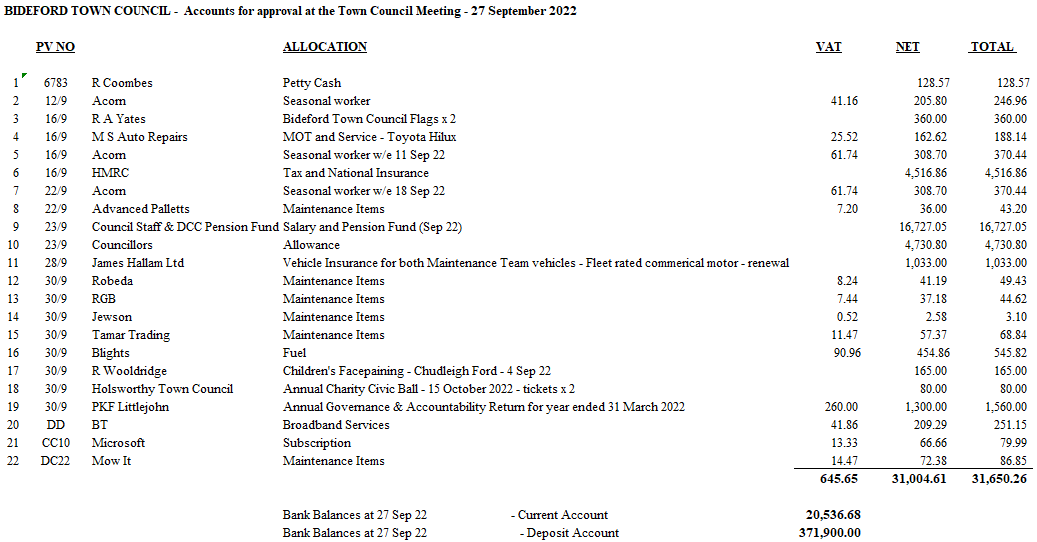 1)         I became interested in this subject when the energy crisis started last autumn.  I found that the people around me did not know very much but I had the time to put to study it. I soon realised that St Mary’s Church would have to replace it’s gas heating system, which was costing £1,200 a month to use in the winter.  This could treble in cost!! I have attended many Zoom meetings and webinars and conferences.  My career was with the Milk Marketing Board, largely in North Devon as a Farm Business Management Consultant.  I also spent many years in Bideford Round Table, Rotary, TVS and TTVS over 25 years.

2)         We have a lot of south facing roof space at the church to generate electricity, but it would be generated in the summer days and needed to be used in the winter.  It looked as though we could sell it at 7 pence a unit and then buy it back at 30 pence a unit.  That is what made me start to enquire about community energy.  I contacted Wadebridge and they told me that the market place has changed considerably since they started work in 2010.  I started to enquire about what was happening in Northern Devon and soon found direction to Cllr. James Craigie.  He put me onto 361Energy and Donna Sibley at Torridge District Council.  There has been a lot of work done by the local councils and there are also a large number of planned projects, which will bring renewable energy into Northern Devon, via Alverdiscott.  In the market there is no such thing as a green energy supply to a purchaser because all electricity flows through the National Grid without distinction from the source.

Community energy refers to the delivery of community-led renewable energy, energy demand reduction and energy supply projects, whether wholly owned and/or controlled by communities or through a partnership with commercial or public sector partners.

Most experts believe that onshore wind is the cheapest and most reliable source of green energy because it is not reliant on daylight.  There has been a lot of objections to onshore wind development by people with little understanding of climate emergency so government is opting for offshore wind, which is relatively expensive.

Bristol Energy is forging ahead with its plan to create a sustainable energy company with social value at its heart. From local job creation to staff volunteer days, carbon reduction activities and well-being initiatives, such as training mental health first aiders, Bristol Energy has put an estimated £6.8m of social value back into Bristol.

This is done in co-operation with Thrive Renewables.

“We believe in a clean, smart energy system, powered by the investment of many, which is why we get so inspired by community groups building their own renewable energy projects. For example, we recently teamed up with Ambition Community Energy to get the tallest wind turbine in the country built in our home town of Bristol.  And  best bit of all? It’s 100% community owned”.

We provided a £4 million funding bridge to get this brilliant community initiative into construction, with groundwork starting imminently and the commissioning of the turbine expected in Spring 2023. With a capacity of 4.2 MW, the 115-metre diameter, 150-metre tip height turbine will be capable of generating enough power for close to 3,000 homes – the equivalent to Lawrence Weston’s domestic use – and will save almost 120,000 tonnes of carbon emissions over its lifetime.

It will also provide a new revenue stream for the local community in Lawrence Weston, with all profits from electricity sales being reinvested back into the area, acting as a driver for regeneration. And the benefits don’t stop there. The group plan to build an Energy Learning Zone to inspire young people and provide training to upskill residents for the zero carbon jobs of the future.

This is a wind farm in Oxfordshire which is owned by it’s community by public subscription.

Some of the directors of this co-op are local councillors.  Others are experts in energy matters and communications.  This is similar to the Wadebridge Renewable Energy Network, which was set up in 2009 with public subscription from 30% of the people of Wadebridge.  The market place is different in 2022 so that model does not receive the same subsidies.  But community projects involving batteries are being developed, which is a completely different story.

Plymouth University’s “Net Carbon Vision” is an art project, which councillor James Cragie referred to me.  Bideford was the only parish taking part north of Ashburton.  Pupils at Bideford College took part and won awards for the visions of what Bideford could look like in a greener world.  This has all been shared by Devon Carbon Neutral.

Where councillors take part in community activities, like in big cities, a lot of things are happening.  In Ilfracombe councillors Nettie Pearson and Sophia Henri have led the development of The Earth Repair Shop, which is a shop in Ilfracombe with an administrator who keeps in touch with many different voluntary groups in Ilfracombe who care about the environment and climate change.  This email address is being protected from spambots. You need JavaScript enabled to view it.

Similarly, in Barnstaple, councillors Louisa York and Janet Coates have helped to get a number of things done in Barnstaple. This email address is being protected from spambots. You need JavaScript enabled to view it.

There is a move in Bideford, at the moment to develop a Repair Shop community hub but it needs the council to get to know about it and to assist with making it work well.

People can learn from each other if they have the opportunity to work together. My whole career was getting groups of people together to learn from one another. This enables protest to be turned into action.  This is currently being led by Kaye Corfe as an individual who is looking for other groups to join with her.  Bideford Town Councillors can help to make this work well.

This link give some insight into the way the training programme works.

Also, Plymouth University and Petroc offer 3 month internships to graduates to look at specific projects for business and community groups.  When I looked at Community Energy England’s map of activity Bideford came up as an activity.  It was about Isaac’s Yard.  It could be that this sort of help could get this project off the ground in a benefit to that part of Bideford.  This email address is being protected from spambots. You need JavaScript enabled to view it.

without the need of spending £thousands on consultants,

9)         Community Energy England is a national organisation bringing local groups and councils together to share information and experiences.  A lot of the work going on at the moment is experimental and heavily government funded.  It the ambition that these experimental projects will produce business plans within 2 years.  That is well within the target of NET ZERO CARBON by 2030.  I recommend that Bideford Town Council becomes a member of Community Energy England to be able to enjoy the excitement of the activities going on.  The membership fee is currently £150 for a town or parish council.  https://communityenergyengland.org/page/join-us

Ladies and Gentlemen these are exciting times with the market place changing every day.  I invite you to come along and enjoy the fun.  Today I learned that 361 Energy is aiming to set up a demonstration of infra red heaters in the Pannier Market and St Mary’s Church